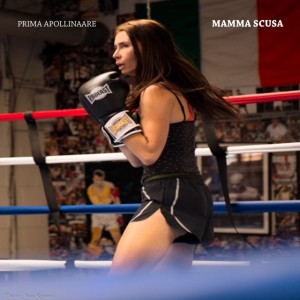 Name the artists that have influenced you so far.

They are so many to name a few: Kate Bush, Stevie Wonder, Janis Joplin, The Pilgrim Travelers.

Mention the name of the artist you can regard as the “Greatest Of All Time”.

The purple one Prince.

Tell us what you know about composition and how you normally go about it.

It’s mostly in my head I have a symphony in there, I go by my instincts, I kind of feel the music, and I have to feel too even to begin creating.

Tell us about your management team.

I am management free currently; I am managing myself although I would love to find a strong management team.

Tell us what you think about this song.

This song is an apology to my mother.

I will be happy to provide the translation, but basically I am saying sorry to her and describe how my life went and how the choices I made influenced the course of it, it means a lot to me and to her.

Rate the social media and tell us the platform that works best for you in promoting your music.

I use YouTube and Instagram to promote my music. I am also on blogs, and iTunes, Amazon Music, Spotify Apple Music.

State the areas that need to be improved more in the music industry.

We need more A&R people in the music business that listen to their instincts a little bit more regarding artists, instead of judging by popularity or numbers of followers, I need someone that trusts her/his guts more and that believes in artist like me.

Tell us about how you are getting your songs to stores as well as getting it to fans.

So far it’s all by internet downloads, I don’t have a label behind so I just put my stuff out on the net.

Tell us how you prepare yourself for a live performance or show.

I rehearse; I train (meaning hard work out and physical strengthening). I put on a sexy dress and meditate before going on stage.

Tell us your opinion on releasing singles frequently or just an album in a while.

I am all about continuing releasing singles, albums, whatever, I keep woodshedding and releasing, in-fact I am about to release another single soon! Music is supposed to inspire so I keep releasing it.

Mention the name of the artist you will be glad to see the live performance.

Miles Davis, I would pay anything to see him live…

Tell us the theme of most of your songs.

My songs are about my current mood and life per se…

Tell us about your recording process.

I get in the studio with my producer and magic happens, it’s that simple, I found someone that understands me, we speak the same language… music.

Tell us how boring or exciting the music career can be.

My music career? Ask me that in a while, I am still in the creating process although I am ready, I’ve been ready since I was 3.

State the links to your stores.

State the links to connect you.

State the official date of release.

And on January 25th 2018, I released the whole Album STAND UP FOR LOVE with 10 tracks, and two more music videos MY HEART IS OPEN & MIO AMORE.

MAMMA SCUSA means I am sorry mom and it’s literally an apology for not have listened to my mother’s advice, mother turns out knows best!

State the title of the album and the reason for selecting the title.

STAND UP FOR LOVE I choose it because in this world and time we all need to stand up for love, there is not enough love and no one is standing up for it and guess what? Love is the answer.