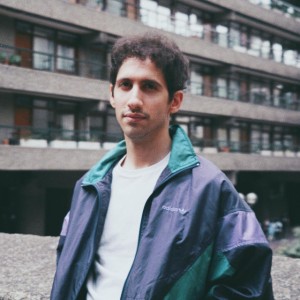 Song Title: It’s You Or It’s Nothing

“He’s already established himself as one to watch throughout the rest of 2018.” – The Line Of Best Fit “The London-based singer/songwriter effortlessly whips up guitar driven Pop music that tastes sweet and has substance.” – Earmilk

“A rising talent that’s on the path of capturing the hearts and souls beyond his London quarters.” – The 405

Following critical acclaim from THE LINE OF BEST FIT, EARMILK and THE 405 for his previous releases, leading to his debut appearance on Spotify Fresh Finds, Spotify New Music Friday Italy and Apple Music Best Of The Week , London-based singer-songwriter Alessandro Ciminata is set to release new music in 2018. After receiving support from the likes of John Kennedy (Radio X), BBC Introducing London, Charlie Ashcroft (Amazing Radio) and supporting Australian singer- songwriters Ainslie Wills and Dustin Tebbutt on a sold-out show for Communion Music and Trixie Whitley on her London show at Thousand Island, Alessandro continues to establish himself as ‘one to watch’ throughout the rest of 2018 and for 2019.

Brief us on how to impress fans during a live performance.

Without any doubt my family and my girlfriend.

Explain what has motivated you so far in your music career.

My love for music; I didn’t know it was so strong until I had to face the first challenges and go through very hard times. Despite this all, I am still here, writing and recording music and crying, laughing like a baby when I listen to my favourite songs. This feeling is incredible and extremely driven.

Tell us the biggest mistake you have ever made in your music career.

Waiting for someone else and not being active.

Discuss the story behind the song.

‘It’s You or It’s Nothing’ was co-written and produced by Jack Gourlay (Rhodes, Paradisia). Jack and I sat in our writing room, we both took a guitar and we started improvising guitar chords until the main part came about. “I don’t like to take decisions without thinking about it but at the same time, I don’t like people who don’t take decisions. It’s black or it’s white, there’s no grey for me. It’s you or it’s nothing, indeed.” – Ciminata says.

Tell us how to fund a music project.

It’s hard if you are independent. I have a part-time job as well as music. This allows me to finance my music project and moving it forward.

Discuss your opinion on the safety of fans during shows and live performances.

Fans are the reason we make music so they must feel safe and enjoy every show they go to.

Tell us the greatest piece of advice someone has given you as an artist.

‘Be true to yourself” – Jack Garratt once told me….. But then, a very good man called James, told me: “Be amazing, make people go: “Fucking Hell!”

Tell us what you will improve or change in your music.

I don’t know really…I feel like the more I write and release songs, the more ideas I come across. This is the way to develop my music constantly.

Discuss vocal training and how you protect your vocal.

Warm-ups are vital as well as learning how to breathe properly.

Discuss your best mood during performance.

Most of the times I am really nervous literally 2 minutes before going on stage. I can give my best when I am really focused and engaged with the audience and….when I’m having fun! …this should be happening always though haha…

Alessandro Ciminata. Mmmm, well…Alessandro… I could over-pronounce it and then make a little dance on Ci-mi-na-taaaa…. ha-ha alright, I’m not drunk…

Jack Garratt – I love him. He’s unique; he brought to pop music something really different and a fresh air that was needed.

John Mayer – If I’m a songwriter is his ‘fault’.

Discuss your existence as an artist.

Being an artist it just makes me a better human being. Seriously, when I write lyrics for example, sometimes I’m like: “Damn! I’ve really done something wrong to that person, let me text her/him and let her/him know what I really think about her/him!”

Tell us the greatest problem you think is facing the society and the solution.

Money – Imagine how different would our lives be without it?

Discuss your songwriting and recording.

I work a lot with Jack Gourlay (Rhodes, Paradisia); he’s the man behind all the recordings. We co-write as well. Regarding my own songwriting, I like to write about what’s in my head at the moment. If something has been ‘haunting’ me for days then I know I need to write about it. I usually write improvising on my guitar, then I take my laptop and I let the creativity go.