Randy Jack – Wrap Me in Your Love 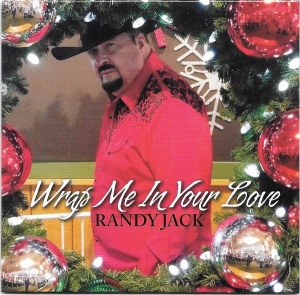 Randy Jack – Wrap In Your Love

Randy Jack – Wrap Me in Your Love

From the City that brought you Motown, Madonna, Kid Rock, Josh Groban, and Aretha Franklin. Comes Singer/Songwriter Randy Jack a Michigan native who’s authentic, unique country voice has a style of its own.

In a WCXI listener’s poll in Detroit Randy was voted the #1 country entertainer in southeastern Michigan by the listeners. Randy then headlined the “Detroit’s Best Country” outdoor concert that followed the listeners’ voting.

He later shared the stage with country greats Ernest Tubb, Billy Crash Craddock, Jerry Lee Lewis, and Tanya Tucker, to name a few. He made multiple appearances on local TV in Detroit and wrote and performed the theme song to the local stars of tomorrow TV show on Channel 2.

He also performed on the Soupy Sales Telethon on channel 20. Appearances were made on channels 7 and 50 as well. He is currently a CMA member and in the independent artist categories; he is up for Male Vocalists of the Year and Entertainer of the Year. Awards to be presented March 17, 2019, at the Country Tonight Theater in Pigeon Forge Tennessee.

He has written several songs, some are slated to be released in 2019. His first album “Love is taking over” received great reviews. But, his new release “One of those nights” is thought to be his best work yet. Randy will also be releasing his first Christmas Single “Wrap me in your love” originally recorded on the Mr. Christmas album by Joe Diffie this is its first release as a single and so far the reviews have been stellar. Randy’s version of the song has that smooth country feel he is known for. He has a new single coming in February 2019 “The Straits Of Mackinaw” and a new album to be released on July 2019. Randy has been singing since he was a child, encouraged by his family he never let go of his love for music instead he embraced it. At one point in his career after becoming one of the most well-known country artists in southeastern Michigan,

Randy made a crucial decision to walk away from a promising career to be a Father to his two children he had to leave back in Michigan while traveling on the road. Now, years later he’s brought back that distinct country voice and showmanship he is known for. Currently, you will find Randy in the July 2018 edition of Nashville Country Music Magazine with Tanya Tucker on the cover. Also, in the Broadtube Music Channel blog and a full interview in Artistrack.com as well as SongPerk music blog. Early fans and new fans alike are all enjoying this new version of Randy Jack and you will too!