Tzili is an independent Israeli singer-songwriter, influenced mainly by genres like rock, country, folk, and pop. She started her musical career preforming all over the country as a back vocal singer and guitar player with the iconic Israeli singer, some would say the Israeli “Bruce Springsteen”-Shlomo artzi.

Along the way she has recorded and released two Hebrew albums, performed solo and in January 2017 she released her first international EP called “Six”. Two singles from this EP- “Get ready” and “How Nice” were accompanied by self-produced videos. Now, working on a new album…

Martin Jensen + Bjørnskov – Somebody I’m Not

Martin Jensen + Bjørnskov – Somebody I’m Not

Born in Silkeborg, Denmark, the DJ started spinning on the side of his day job as a contractor. Posting mixes that sampled viral videos on the Internet, he developed a strong fan base on social media.

His first single, the celebratory “Si” – incorporating a sample of footballer Cristiano Ronaldo bellowing the eponymous exclamation – became a viral hit in 2015.

He quickly followed with the booming “Night After Night” and “Miracles,” featuring fellow Dane Björnskov. The latter track featured a toned-down sensibility that saw Jensen adopt a more island-influenced sound similar to Kygo or Matoma. 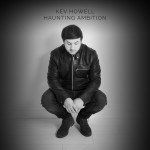 Over the past two years, Glasgow singer-songwriter, Kev Howell has played alongside artists including John Power, Ben Ottewell and Bill Ryder-Jones and most recently Aziz Ibrahim.

In July 2017, the narcotically hazy track ‘Kamikaze’ was introduced, with its driving beat and psyche-blues influence, it was described as ‘bewitching and sublime’ by Indiepulse magazine. This song paved the way for the debut album ‘Haunting Ambition’, which has already gathered massive support worldwide since its arrival. The album offers 9 tracks, filled with poetic lyrics and infectious melodies laced around a unique blend of rock, throwing a nod of the head to the psychedelic undercurrent of the sixties. The second single to be taken from the album was live fan favourite ‘Snipers Blues’. Released as an EP, it featured a stripped solo acoustic version of the album’s opening track ‘Distance’.

Kev enlisted the help of additional members in 2018, to help tour the album on bigger stages and continues to do various acoustic shows also. The band have already shared a stage with Red Rum Club and were asked to join Canadian rockers The Glorious Sons on the final part of their UK tour along with Bang Bang Romeo after impressing the bands booking agent. Since then they have played their first handful of festival appearances and have already begun work on new material for release in 2019. After showing great potential with powerful and raw performances they are now very much on the radar and expect to be touring extensively next year.