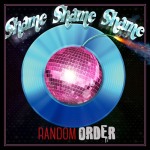 Tell us how you write the lyrics to your song.

I rarely do covers and I chose this one because I feel there needs to be a positive spin on all of the hatred going on in the world today. Although the chorus is “Shame on you if you can’t dance to” I spin it in the reverse order and have dubbed my 2019 tour in support of this track as my NoShame! #bewhoyouaretour

“I grew up in a house of music and got a taste of the stage early on, reciting books of the Bible in the cult I grew up in. Wanting to be a preacher was simply not allowed so I turned to music with a vengeance, breaking rules, shattering perceptions of gender and sexuality and I’ve never left the stage since.

Elaborate on the recording of the song.

From reciting books of the bible in a cult to headlining pride festivals I decided to hit the stage to counter the tide of anti-LGBTQ+ sentiment. I wanted to share a #bewhoyouare #noshame attitude.

I originally did this track several years ago but was never happy with it. After beginning work on my Black Lipstick Kiss [ Lov3mix ] at Phase One Studios I knew that the quality of production was so much higher I haven’t looked back.

Last August I put together a quick arrangement of this track to perform for Hamburg Pride Festival. Every person in the theater reacted ecstatically, clapping and dancing. This encouraged me to take it back to the studio to create my version of “Shame Shame Shame.”

“Shame Shame Shame” was co-produced with Mike Smith of Phase One Studios. After hitting it off creatively on my 2017 remix of Black Lipstick Kiss [ Lov3mix ] I knew I wanted to continue to work with Mike. He’s incredibly easy to work with. I said “let’s make this song old school meets new school. We’ll keep the disco vibe and give it a current sound.” Voila, electronic drums and bass arrived – he read my mind.

I want “Shame Shame Shame” to remind you that you can really let loose and have fun, no matter who you are and celebrate with zero shame. A victorious and glorious existence whether you are gay straight, bi, trans, non-binary or simply just draw outside the lines.

Discuss your life outside the music world.

Music is my life. I enjoy a fairly healthy lifestyle and like to eat organic food wherever possible.

I went solo in 2016 incorporating electronic elements in the music. I play guitar, sing arrange and co-produce with Mike Smith of award winning studio (Drake, Rihanna, Travis Scott the list is large) Phase One Studios in Toronto.

I toured Europe, Canada and the US for two years with a film – S&M Sally that featured my track Black Lipstick Kiss after performing in a theater to a captive audience solo in Canada I knew that I had to go solo and tour with the film.

Following that I wanted to explore my dream of including electronic elements while retaining my underground vibe.

Elaborate on your artist’s name.

I chose the name Random Order to reflect the music. Things that do not normally go together but do. I like to meld genres.

Queen – Under Pressure (Live at Wembley) – how he connects with the audience.

Amy Winehouse – Cupid (Live Glastonbury 2007) – how shy she is here and her incredible voice.

Tell us your source of inspiration.

I watch these videos of incredible musicians for inspiration. I used to write a lot about my relationships however since 2017 after remixing and changing lyrics to Black Lipstick Kiss [Lov3mix] repeating the word love over and over because of the turbulence going on in the world I wanted to show some love.

Tell us your experience on dealing with fans.

I like connecting with fans personally. My shows incorporate high energy and humour. There’s also a cathartic element where they feel comfortable enough to really let loose.

Tell us your future projects.

I’m releasing a remix of my track Pink Cloud Spy Remix later in the summer and while on tour in Europe I’ll be meeting up with Tale The Rapper from Sweden to work on Money & My Jets a loosely based ode to Elton John and all of the musicians who’ve inspired us.

List the names of those that have supported you so far.

Tell us your point of view on vocal tuning.

Tell us your thought on quality and quantity for the release of songs.

I aim to have higher production values on everything I release. DIY no longer means low quality punk music. I’m currently releasing singles digitally however any remixes from songs from my Black Lipstick Kiss album gets loaded on to a fabulous black lipstick USB I custom designed.

Tell us your viewpoint on comparing music career to non-music career.

I think anyone wishing to have a music career should take a business course. It’s self-employment so it’s good to learn the business aspect.

Tell us your opinion on categorizing music into genres and sub-genres.

I created my genre “I write subversive music for renegades” because I like to meld genres and create hybrid music.

State the genre you despise most with reason.

Free form jazz. I like structure with quirky bridges but think soloing from beginning to end of a song is complete narcissism.

From Dusk to Dawn – I write Tarantino style sound tracks.

Shame Shame Shame – I’m co-opting this to NoShame! #bewhoyourare as a disco anthem against hate campaigns.

It’s a single cover song written by Sylvia Robinson the “mother of hip hop” She was the founder of the Sugarhill Gang and the first woman and first Afro American woman to own a record label. 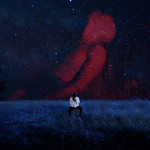 Driven by a passion for exploring and understanding cultures, Katz travelled all the way to Mississippi in the heart of the delta to learn his craft from authentic local blues musicians. This musical creation draws lines and connects the dots between worlds.

Mixing raw live recordings with polished studio work, these songs were created in desolated bar rooms, wide open fields, and friend’s living rooms. The end result is a one of a kind musical experience that redefines the words rhythm & blues.

Tell us your real names, country of birth and childhood experience.

My name is Tomer Katz, I was born and raised in the vibrant and warm city of Tel-Aviv, the city that never sleeps.

Tell us your academic qualification.

Elaborate on your music career, band name, experience and skills.

I play the guitar, harmonica and a little bit of piano, I love writing, composing and producing music and that’s mostly what I’ve been doing lately.

Tell us how to run a record label based on your experience as an artist.

Finding out the artist’s deepest career difficulties and trying to help him or her with that.

As well as providing inspiration and financial help with awesome music videos.

Tell us how you are promoting your music.

My first song was premiered on the 405 Magazine.

State the names of other members of your band, music producer, crew or music video director.

I produce the music myself, Idan Weinbren is my manager and video director.

Elaborate on the song.

“Post Truth Era Blues” is our debut single. A soulful cocktail of delta blues and futuristic textures, the song is the perfect entry point to the musical world of D Fine Us.

The song shouts out the questions and conflicts we all face while living in a “Post Truth Era.”

The song brings a 21st century perspective to the concepts and conflicts that have been sung about in blues music for decades: how to tell right from wrong, reality from illusion, relaxation from addiction and love from a broken heart.

Tell us how long you have been in the music business, your experience and your future goal.

I produce music for quite a long time, but Post Truth Era Blues is my first official release as D Fine Us.

Future goal will be to play in big concert venues.

Tell us what makes you unique from others.

I guess I’m trying to create something unique by combining old music and modern music.

Tell us your weakness and strength pertaining music.

Weakness will be the obsession for hard work.

Strength is my devotion for hard work.

Tell us your position on “Do It Yourself” and signing to a major label.

I’m a great believer in DIY, we’re doing most of the work ourselves.

Tell us other activities you are pursuing apart from music.

D Fine Us is a multi-genre project, the first album is bluesy, the next one might turn out different…

Post Truth Era Blues; the era we’re all living in, and the blues that comes with it.

‘Safe To Disconnect’ is a reference to the USB disconnection announcement (SAFE TO DISCONNECT YOUR DEVICE). 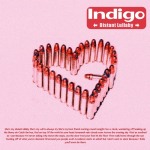 Tell us about your band.

We are in this because we like music, and consist of four distinct people. We met at the summit of Everest in 2017.

List the names of those that have supported you so far in your music career and use this opportunity to thank them.

We’d like to thank our good friends Arran, Matt, Tom and Johann. Thanks guys! You’re the best.

Narrate your experience while recording in the studio or while touring.

Arran played drums. We recorded mostly at night because we all have jobs.

Patrick (the sound engineer) was fantastic at helping us out.

Tell us what you are doing to increase your fan base.

We try and post on social media as often as we can without being insufferable.

We play gigs as often as we can while having as great a time on stage as we physically can, because we believe giving a positive message will bring people back.

Go into detail on how you make your instrumentation or melody.

We play the song in roughly how Johann has described us to play it.

We always try and mix things up, because we don’t want the song to be boring to play.

Tell us your favourite genre of music.

Indigo. Indigo is a colour. It’s also an extremely common name for a band.