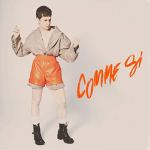 Christine and the Queens – Comme si

Christine and the Queens releases ‘Comme si’, the latest single to be taken from her critically acclaimed second album Chris, which appeared on almost every critic’s best of 2018 list.

About the track and video, Chris says, “There is an obvious and addictive sensuality to exist only as a voice. You write a tune, and if it’s on blast on the radio, you’re invisible and merely felt, like a virus, like an itch. You’re finally a feeling, something that gets through, that vibrates in someone else’s body. You can choose to be just a hum in the streets, or to become a weapon of subversion – how many times have I been told, I’m not sure I like everything about you, but I love your song? Then, what if the song became the most-sure way of making love, without useless taboos and misconceptions?

For me, the whole idea of the video is to twist the terrible ending of Ophelia, as a myth, an idea. In Hamlet, Ophelia is, of course, the unlucky lover, the rejected one; but her madness and the suicide that ensues is also symptomatic of a whole era: the young girl, unwanted, unloved, simply cannot live. She’s doomed, she disappears, and she melts with nature.

Insanity is also really interesting in this play, for it is the sign of a mind deranged by rejection as if she couldn’t remain in the world after being unwanted by Hamlet.

The choreography uses the idea of unrequited love, like in the song’s lyrics, but since it’s Krump, we can add dark humor to it, cartoonish vibes if we want.

Krump is perfect to me because it’s wild, sometimes with the childish energy of mime, sometimes with the pure stamina of jabs, and it can tell all the nuances of crazy love, use darkness as something contagious. Ophelia, raised from the water, battles furiously with it, and the original painting is suddenly shattered by a powerful feminine figure who finds another way to be unforgettable.”

Chris and its acclaimed songs can be found in multiple year-end lists and was named Album of the Year by The Guardian, The Independent, iPaper, Evening Standard and Clash Magazine; the record’s lead single Girlfriend was Track Of The Year in Time Magazine, Dazed and MOJO. It was also featured by, amongst others, The Sunday Times, Daily Telegraph, The Observer, Q, Uncut, Pitchfork, Noisey, The FADER, Crack & The Line of Best Fit.