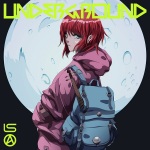 Featuring Stirling’s signature brand of violin-driven, electronic music, “Underground” marks a new chapter for the music impresario. Tackling themes of overcoming difficulties, and fighting through life’s downfalls to reclaim one’s happiness and strength, Stirling tells the story of Artemis, Goddess of the Moon, and draws parallels to her own personal experiences. The track’s new music video included this theme.

Set in a dark futuristic-world, the video opens with Stirling tethered to restraints as she plays the violin.

Artemis appears amidst a bright moon, shedding light on the futuristic world, giving Stirling the strength to break free of her restraints.

Stirling further expands on Artemis – “One of the best examples of perseverance is the moon. Time and time again she gets covered in shadow and if one didn’t know better, it would sometimes seem as though she ceased to exist. There have been times of my life where I have felt completely overcome by the shadow of grief or depression; I felt like I’d never feel full happiness again. But the moon has taught me a powerful lesson. Just because she gets covered in shadow doesn’t mean she isn’t still there… and that she won’t fight back to reclaim her full light. Artemis is the goddess of the moon. This album tells her story; it tells my story; I think it tells everyone’s story.”

Beginning this summer, Stirling will embark on tours in both Europe and Mexico.

The international dates will begin on August 10th where she’ll perform in front of an impressive 10,500 fans for a sold-out show at the Sports Palace in Mexico City. Other major European cities include Frankfurt, Munich, Milan, Krkow, Warsow, Berlin, Zurich, and London.