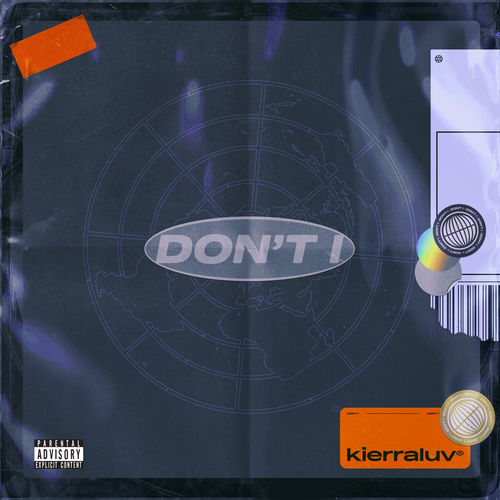 Kierra Luv brings to light a brand-new music video for the song entitled ‘Don’t I.’

Kierra is one of the finest female rappers with rap skills.

Her delivery of words is excellent while her performance is impressive.

The music video is noteworthy as she tickles with her performance.

Kierra is no doubt an aspiring icon to reckon with in the rap game.

She is a very good rapper

The Big Moon – Take A Piece

The Big Moon unveils a striking music video for the song entitled ‘Take A Piece.’

Songwriting is remarkable while the song is memorable.

The compelling vocals are in harmony with the stirring instrumentation.

London punk-pop four-piece the Big Moon formed in 2014 following Juliette Jackson’s decision that a career in waitressing wasn’t a life choice she was prepared to commit to.

After putting the word out, Jackson met three other like-minded women through mutual friends, and the Big Moon was born.

With Jackson leading, the rest of the band featured Soph Nathan on guitar and vocals, Celia Archer on bass and vocals, and Fern Ford on drums. The quartet went into a rehearsal room in London’s Stoke Newington and began work on Jackson’s material.

Taking their lead from the grunge and Brit-pop girl groups of the ’90s, the Big Moon self-produced “Sucker” and the aptly titled “Eureka Moment” and released the tracks via the fledgling Hard Up label in 2015. The latter was an assured slice of grungy punk-pop recalling the abrasive yet melodically sweet output of groups like the Breeders and Elastica, and it brought them to the attention of the London music scene.

The band built on the exposure with a co-headlining tour in October 2015 alongside fellow London acts InHeaven and Vant. Following that tour, they quickly found themselves supporting well-established performers like Ezra Furman and the Vaccines.

The publicity they gained through these high-profile support slots found the band signed to Fiction, a subsidiary of Universal Music, in March and releasing their debut EP, The Road.

After signing to Fiction, the trio released the single “Cupid,” complete with a D.I.Y.-style video, and “Silent Movie Suzie,” both of which built on the same kind of ’90s alt rock-influenced, pop-inflected music as Haim and Hinds.

In August 2016, the group released a version of Madonna’s “Beautiful Stranger,” a cover that they regularly played live.

They began recording their debut album and played on singer/songwriter Marika Hackman’s second record I’m Not Your Man.

In April 2017, they released their first long-player, Love in the 4th Dimension.

The performances are impressive, and the style is noteworthy.

Lyrics are deep and the audience can relate with the song.

The flow of words is compelling while the song is appealing.

Yeah a so me wake up

Tell ya “Wait, see ya later”

Hot up every cranny, every nook

And me slick, have every trick ina di book

Everything we do, we give thanks

Tell dem wah we do

One thing deh out deh fi you

And it nah come if you no go

Everything exotic, all plush

Pull up, I let her ride it, girl you know I want lust

I got her excited, I won’t stop I’m in a rush

I — her like lunch, we keep it on hush

Bought you a Benz truck, I love to see you blush

You shopping when you land see you bought a Prada clutch

We got a lot of bucks, cash longer than a bus

Looking at your heart through the Cartier

Peons at the top at the Aria

We know wa gwan at the party yeah

We don’t fear nothing, we the hardest yeah

Spending cash up front and get us all a pair

She want Gunna-Wunna ‘cause the real is rare

Pull up in rocket, me blast off

You could never get me half off

You gon get da full price

Been this real my whole life

Me no err twice

And me really never check the price

Everything we do, we give thanks

Tell dem wah we do

One thing deh out deh fi you

And it nah come if you no go

The Raconteurs are back with a marvelous video for the song entitled “Somedays (I Don’t Feel Like Trying).”

The video is pleasing while the delivery of words is noteworthy.

Diverse instruments bring the best out of the song and the songwriting is outstanding.

Launched just as the White Stripes were entering their twilight years, The Raconteurs initially appeared to be a busman’s holiday for Jack White. Broken Boy Soldiers, the group’s 2006 debut, swiftly revealed the quartet as their own distinct entity, fuelled by the complementary power-pop skills of White and fellow frontman Brendan Benson and anchored by Jack Lawrence and Patrick Keeler (the rhythm section of the Greenhornes). The latter duo gave The Raconteurs garage rock grit, while the previous pair celebrated and subverted classic rock tradition, a combination that flourished on Consolers of the Lonely, the band’s second album.

The Raconteurs entered an extended hiatus after its 2008 release but reunited nearly a decade later to deliver Help Us Stranger in 2019.

The roots of The Raconteurs lie in “Steady, As She Goes,” a song Brendan Benson and Jack White co-wrote together. Initially, the tune was homeless, but the duo were so satisfied with the song that they recruited drummer Patrick Keeler and bassist Jack Lawrence to form a full band (White had produced the Greenhornes in the past).

Settling in at Benson’s East Grand Studio, the group worked on the album that became Broken Boy Soldiers throughout the course of 2005.

Adopting the name The Raconteurs (in Australia, the group had to call themselves the Saboteurs due to a Queensland band already operating under their chosen moniker), the group released their debut in May 2016 and spent much of the year supporting the album.

By the end of the year, Broken Boy Soldiers peaked at seven in the U.S. and two in the U.K. and earned a Grammy nomination for Best Rock Album and Best Rock Performance by a Duo or Group with Vocal for “Steady, As She Goes.”

The Raconteurs swiftly released their second album, Consolers of the Lonely, in March 2008; “Salute Your Solution” was released as a companion single. The band supported the album with an extensive tour containing appearances at numerous festivals, while the record itself peaked once again at seven in the U.S.; in the U.K., it reached number eight. Consolers of the Lonely earned Grammy nominations for Best Rock Album and Best Engineered Non-Classical Album; it took home the trophy for the latter.

Following the Consolers of the Lonely tour, The Raconteurs quietly entered a hiatus. Over the next few years, various members would play one-off shows together, with the group reuniting to play a few festival dates in 2011.

Rumours of a new album circulated in 2013 but that record never materialized.

In 2015, Benson and Lawrence played “Steady, As She Goes” and “Salute Your Solution” during an encore at a 2015 Jack White show in the band’s adopted hometown of Nashville.

Consolers of the Lonely received a deluxe vinyl reissue as part of Third Man Records’ Vault series in the fourth quarter of 2018. Accompanying the new Consolers set was a 7″ single containing “Sunday Driver” and “Now That You’re Gone,” the first new Raconteurs music in a decade. The two songs anchored Help Us Stranger, a full-length album released in June 2019. 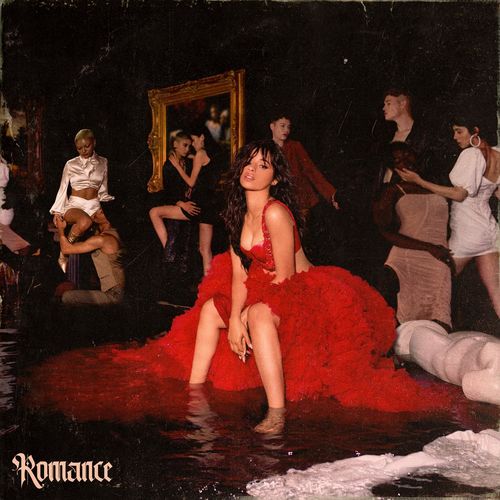 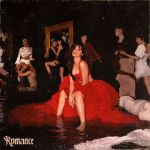 Camila Cabello brings to the public another amazing music video for the song entitled ‘Living Proof.’

Camila is one of the greatest vocalists with smashing hits.

The video is engaging while the song is striking.

‘Living Proof’ is rich in deep lyrics and eye-catching costumes enhance the videos.

The remarkable choreography is an additional value to the video. 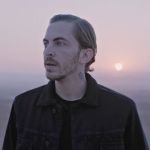 ‘Unfaithful’ is a stunning music video rich in eye-catching colours.

The tuneful song features a male vocal with an instrumentation that is pleasing.

Dennis thrills with his raw vocal as he sings.

This artist is original and his vocal works smoothly with instrumental.

The lyrics are easy to grab and the songwriting is excellent.

Dennis’s first passion has always been music. He learned to play the trumpet at age 8 and taught himself how to play guitar at age 13.

In 2015 he released his first single ‘Playa (Say That)’ and reached a global audience.

In 2016, he went to Bangkok, Thailand to record his music. After 12 months, 35 new songs, 4 new music videos and hundreds of sketches – Tibor came back to Israel.

‘Nevermind’ came out of these solo sessions in Asia. Dennis’ debut EP ‘Exident’ and it’s lead single ‘Never Go Back’ is a direct continuation of the narrative told in ‘Nevermind,’ chronicling the tumultuous relationship with a girl he fell in love with while in Asia and their eventual breakup.

Since 2016 ‘Nevermind’ has garnered over 400 million streams and reached #17 on both Spotify and Apple Music Top Global charts.

Dennis has been spotlighted in Billboard, TIME magazine and most recently performed his U.S. TV debut on Jimmy Kimmel Live!

His live shows are known by his virtuosity and the mix between brass, electronic, jazz and modern music.

As Dennis continues to produce a new vibrant sound, his “MTFKRs” wait for more.

He is now gaining global recognition for his virtuosity and eclectic style and has brought his live shows to audiences around the world. The Never Go Back Tour touches down in Europe across 16 countries starting in November 2019. 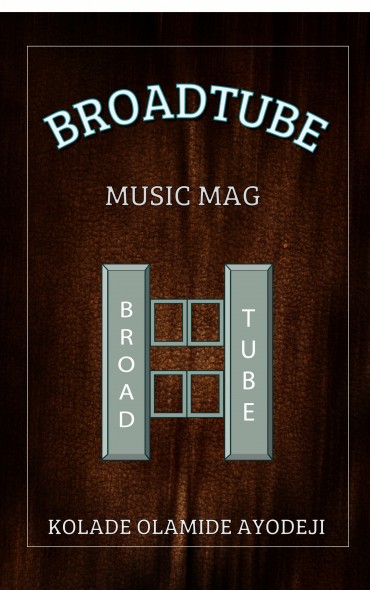