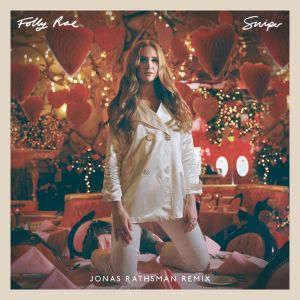 Folly Rae unveils the colourful new Wes Anderson-esque video for the track titled Sniper. With the female empowerment anthem, this bold new visual sees Folly Rae performing at a strange hotel in the Californian desert, where the staff vie for her affections by taking her on a string of dates. However, things don’t go to plan when the upbeat tale takes a dark twist. Sniper is out now on Black Butter (Zara Larsson, J Hus).

Sniper – as per the title- packs a sassy punch to set blood pumping and offers the perfect entrance into Summer for this BBC Introducing-championed singer, ready to empower females everywhere. The track follows up Folly Rae’s single ‘U’, which has racked up 2 million+ streams since its release in Summer 2016.

Black Butter – the tastemakers behind Zara Larsson and J Hus- snapped up Folly Rae in 2017 after she released her debut EP Money & Power which featured production from the likes of Nana Rogues (the genius behind Tinie Tempah’s Girls Like and Drake’s Passionfruit). Folly has since been supported by the likes of BBC Music Introducing on Radio 1 and 1Xtra, headlined the BBC Introducing stage at Glastonbury festival and won over Huw Stephens, DJ Target and Spotify’s Austin Daboh.

Folly Rae is half Norwegian and fell in love with music from an early age; surrounded by Motown or jazz records courtesy of her family’s record player and trained as a dancer from the age of five. Folly would often pen songs and perform them to her peers, but getting the confidence took a long time as many would say her voice was too unusual. Folly decided to follow her path as a singer and songwriter regardless, citing unique artists Joni Mitchell & Sia as inspiration along the way.