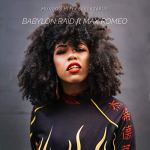 Tell us your opinion on creativity and originality.

It is very rare for artists to be completely original. For me, creativity is the process of identifying elements that you like within other music and other parts of life and blending them together in a way that represents yourself and what you want to express.

Tell us the beginning of your passion for music.

I used to have piano lessons when I was young and one day I got bored with practicing the sheet music I’d been given. I started messing about and came up with a rock n roll riff of my own. I realized that I didn’t always have to play other peoples music but could make up my own stuff! Then I became fascinated with synths and bought my first synth when I was 13.

Elaborate on how you make sure the quality of your sound is high.

I use a studio which I designed and built myself and put a lot of thought into the sound treatment to make sure every mix is as balanced as possible. We try out new tracks on our sound system and DJ gigs before we release to check the sound and most importantly the reaction of the crowd!

Tell us how you get ideas to develop your songs.

I produce many styles of reggae and other bass music, from ska and rocksteady to dancehall and dubstep. I might hear another track that inspires an idea or a vocalist who I’d like to work with.

If I’m producing a track for a particular vocalist I research their other tracks and their style and try to make a track that I feel will fit. Often, once I’ve recorded a vocal I make some changes to the instrumental to work around the vocal.

I started playing music when I was 9 or 10 and had piano lessons. At school, I was in a couple of bands. In the first band, we played mostly covers of indie and rock tunes then when I was 16 I joined another band that played jazz and funk.

Also while in school I got hooked on using a basic music program on an Atari computer and started borrowing synths and other equipment to take home in the holidays. I started buying records and with one turntable I would record multitrack mixes with backing tracks and scratching routines.

I moved to Glasgow in 1994 and formed a band with some friends playing all kinds of styles from Latin to psychedelic rock.

I also set up my first electronic studio in my bedroom first with only a drum machine and a multi-track recorder and then bought keyboards and other stuff when I could afford it. I used to perform under the name ‘Algorhythm’ and played live sets of electro, house, techno, and dub.

I then met my friend Doug and we started Djing together as the ‘Dub Dentists.’ I began to focus on producing mainly Dub and Reggae and around the same time we started to build a sound system and called it Mungo’s HiFi.

We started a monthly reggae club night in a Working Men’s Club in Glasgow.

In 2005 we started our record label ‘Scotch Bonnet’ and released tracks that I was making.

We gradually expanded the studio and label and started working with more vocalists and other producers.

I often get musical ideas when I am out walking in the hills in Scotland. I don’t think too much about it and try and let ideas flow naturally. I record ideas on a voice recorder and take them to the studio and make a quick sketch of the idea. I listen to the sketch outside of the studio, for example in my kitchen or while driving and see what other ideas I can come up with to build up the track.

Nina Simone – My Baby just cares for me

Tell us how you entertain the audience during a live performance.

I play a wide selection of music that encompasses what we do. I try to show that I’m enjoying myself on stage and connect with the audience.

List the name of artists that have a similar sound to yours.

Discuss how you think your music is impacting your fans.

Hopefully, it is blurring the borders between genres and showing the influence that Jamaican music has had on our culture.

Tell us how you master your songs after production.

Sometimes I master tracks myself using high-end plugins; sometimes we use an external mastering company to do it.

Discuss how you get your songs to digital stores.

We use a digital aggregator.

Discuss how to generate income through music.

In our experience, playing gigs is the biggest source of income but it goes hand in hand with having a steady output of releases. Building a catalog of tracks gives income from streaming and publishing.

Tell us your piece of advice to a new artist.

Find someone with experience to guide you! Believe in the music you make and don’t compromise too much to other peoples’ ideas of what you should be doing.

Go into details on this song.

Eva Lazarus recorded the vocal for us as a dubplate on a classic reggae instrumental. I felt it was a strong vocal and wanted to build a new instrumental for it. We then had a request from a multimedia theatre show called Kid_X to provide music for the soundtrack to their show. They were able to fund a video for one of the tracks and we decided to use More Fyah.

We decided to make the track and video about a futuristic dancehall scenario where people could send their avatars to a virtual sound system session.

Somerville – Only One to Be You Know

Somerville – Only One to Be You Know

SONG TITLE: Only One to Be You Know

I was born in Chicago, Illinois and grew up on the Eastside and Southside. I was always a fairytale girl.

I started singing in 3rd grade, R&B was favorite genre and I am influenced by Janet Jackson and Aaliyah, H.E.R, Chris Brown and Whitney Houston.

I can sing Opera, R&B, Reggae and write my own songs.

List the names of those that have supported you so far in your music career and use this opportunity to thank them.

I would like to thank my mother Laverne Williams, Paris, Icy, Pharris Thomas, Jeremiah, Lil Moni and Wgci. In the studio it’s like another World!

Narrate your experience while recording in the studio or while touring.

You and the producer have to be on the same wave…I tell people what I like do to get a vibe with them.

I also played some of my beat… I love to sing. But beats are the vibrations to my soul!

I performed at N.I.U. in DeKalb, Illinois. My name was T.H.I.C.K. and I also performed at The Promontory Chicago…

My style varies from soul R&B, to Pop and Reggae, and I love to dance!

I write what I feel and I write dance song…

Elaborate on your future projects.

My next project will be a dance song… to keep your energy going…” Boy Let Me Take U There”!

Tell us what you are doing to increase your fan base.

To get more fans…I’m posting more videos and links to my songs. I want to do a video for the new song!

I’m performing this spring at venues.

Tell us that point in time you wanted to give up on your music career.

I wanted to give up on my music career when my nephew Tremaine was killed! I lost passion for anything, then the love of my life ROC was murdered…

I’m so lost in the world, but still trying to stay focus, I’m helping people when I need love MYSELF!

Tell us the theme of most of your songs.

My songs are feel-good and focus on empowering ourselves!

To show I’m a strong, T.H.I.C.K. and intelligent woman.

Elaborate on this song.

‘Only One To Be You Know’ was created in a car with me and my friend Eric Cherry talking, and I was always coming up with words.

‘Only One To Be You Know’ means there’s no one like me, but me!

Tell us numerous ways that artists can boost their revenue.

Artist can boost revenue by touring, selling merchandise and featuring.

Tell us your opinion on self-training and enrolling in an educational institution to study music.

Some people need coaching in music and some people are just gifted!

Discuss how you monitor your digital distribution and streaming.

I am with Tunecore.

Somerville is my last name and I’m my father’s first child.

He declared me before I was born!

My father is gone and I honor him by using my name!

‘Real Good’ is the title of the single and I chose it because I make people feel how I want to feel!

Recording artist Jonathan Burkett has taken on the daunting task of launching his brand as an all-out, up and coming music artist and he is doing so successfully. Besides delivering great music for the people, John brings to the forefront of his empire a story that his fans not only accept and embrace but, also relate to. Jonathan Burkett does not just perform raps over popular hip hop beats; he has defined himself as “much more than simple entertainment.” Shifting his focus from the conventions of mainstream music, John delivers a style that is positive and vibrant. His relentless pursuit to design music that challenges the current state of both the indie circuit and commercial mega brands. The depth of his style rests within his personal journey which can be experienced through his productions. Facing a potential life-threatening surgery in 2005, Jonathan Burkett set forth to triumph in the wake of trials and adversity. John Blake faced his obstacles head on, finding motivation through faith and later sharing that experience with others through music and other works. Although the rise to stardom is a feat in of itself, John does not give up pushing onward to achieve the success that he desires while still impacting the lives around him. Jonathan Burkett is not just a rapper; his experience extends far beyond music. He is an author, poet, and lyricist. He is a published author who has received raving reviews from critics abroad. His book “Neglected but Undefeated: The Life of A Boy Who Never Knew A Mother’s Love” is a riveting autobiography about John’s painful childhood and his journey to find love and acceptance. His brand encompasses a broad vision that he graciously shares with his fans.